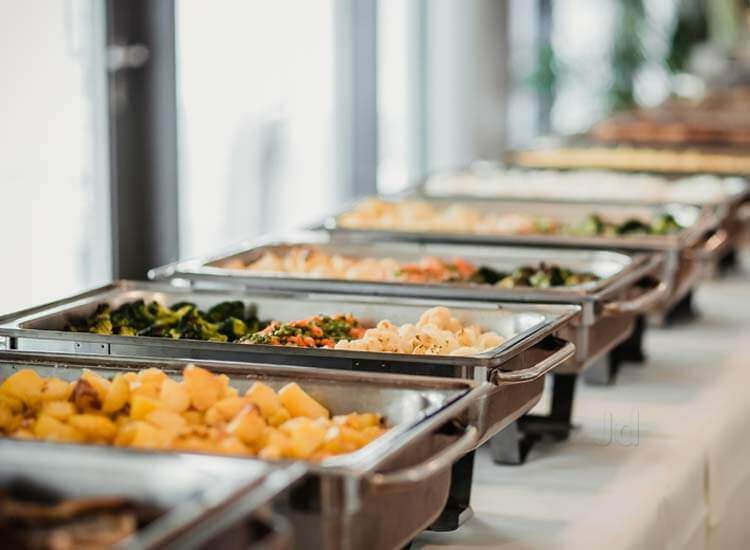 Janet Etchart, a culinary arts teacher and bistro chef at Adams City High School in Commerce City, sat three rows down from where First Lady Michelle Obama spoke on the lawn of the White House in Washington, DC. With nearly 1,000 other chefs from around the country, Janet absorbed the First Lady’s powerful message: young Americans must eat nutritious, healthy food. A third of the nation’s children are obese and something can and must be done in the one place that has a tremendous impact on their lives: schools.

Janet earned this privilege from her long history of volunteerism, cooking, and teaching in school districts. She taught and worked in Jefferson County Schools for nearly 20 years before arriving in Adams 14 in April 2009. She has also invested her culinary expertise in volunteering with Share our Strength, a nonprofit organization that combats childhood hunger in the United States. As part of the organization’s Kids Up Front project, Janet leads six week long courses in Denver-area elementary schools to teach disadvantaged children how to prepare and eat healthy foods.

She first received an invitation last month from the American Culinary Federation to a June 4 kickoff for the new Chefs Move to Schools initiative. The initiative, to be spearheaded by White House Chef Sam Kass, is focused on tackling the nation’s childhood obesity epidemic by pairing chefs with community schools to work with teachers, parents and school nutrition professionals to help educate kids about nutrition.

With seven other chefs from the Denver metropolitan region and the others from all around the country, Janet arrived in Washington, DC, to experience first of all what a healthy and affordable breakfast looks like. At the dining room of the JW Marriott in downtown Washington, she was served fruit, yogurt, an egg-white omelet, and some oatmeal. “The idea was to demonstrate how to affordably prepare nutritious full meals for children,” says Janet. “The funding that went into each breakfast was the equivalent of what a student is typically allocated from federal funds.”

She adds that another message from the breakfast was that introducing knowledge about healthy and nutritious eating into schools should be sensitive and respectful. For a long time, schools have served a certain type of food a certain way and broad changes, no matter how healthy, will likely take time and patience to implement.

After breakfast, it was on to the White House where the chefs toured the White House grounds, including the gardens, which are maintained by the First Lady and Chef Kass. “Gardens are important to learn how to eat healthily,” continues Janet. “When students see how food is grown, they understand where vegetables such as potatoes, for example, come from, how they are prepared for eating, and what happens when they are cooked into something like French fries.”

Eventually, the chefs took their seats on the South Lawn to hear the speakers. In addition to First Lady Obama, who urged healthy and nutritious eating in schools in support of her Let’s Move campaign, a local principal and a prominent Washington chef spoke about a program they had already started. If the participating chefs had any doubt that the highest levels of public servants want to reach students across the country, this event dispelled it.

Janet says the White House visit opened her eyes to new possibilities. One idea she returned to Commerce City with is to try to start an herb garden in Adams 14 with active participation from students. She emphasized the importance of scratch cooking using fresh ingredients, rather than from processed foods that can contribute to levels of obesity that Chefs Move to Schools and First Lady Obama are trying to combat.

“There is a lot of potentials to initiate change in public schools,” says Janet, who in addition to her White House visit was also interviewed for the latest issue of the magazine Sizzle to discuss opportunities for student graduates in the culinary arts. “But as we were reminded in Washington, despite opportunities to increase healthy eating, change happens slowly. We know where we need to go to increase nutritious eating among our students and as long as we’re heading in the right direction, that’s good.”

Adams 14 is already on a trajectory to increase healthier eating in schools. The district’s nutrition services department recently secured a $220,000 fresh fruit and vegetable program grant from the U.S. Department of Agriculture and the Colorado Department of Education to improve student access to healthier snacking options in schools.

Earlier this month, Adams City High School hosted a culinary boot camp to teach food services staff from different school districts how to prepare healthier meals including through scratch cooking (original ingredients) rather than processed foods. The event was sponsored by LiveWell Colorado, a nonprofit committed to reducing obesity. Finally, Adam14 has started serving breakfasts in the classroom at the beginning of the school day, rather than before school, ensuring that every student in attendance has access to a solid meal before learning begins.